I would maintain that thanks are the highest form of thought; and that gratitude is happiness doubled by wonder.
~G.K. Chesterton

Today, I'm joining Ann  for the first time in giving thanks for the multitude of love and joy and grace that surrounds me in this life.
I suppose it makes sense that I would feel drawn to this exercise on this, the week of Thanksgiving.  But really, I've known of its power for awhile.


Thanksgiving is the soil in which joy thrives.
-Anonymous
It has been in some of my more darker moments that, in turning my head and heart just so, I've caught a glimpse of an everyday grace.  And it has made all the difference.
It has also been settling in on my heart, more and more often, how very much that I want to model this practice for my boys.  To take their hearts in my hand and lead them along the path of thanksgiving.  Really, what greater truth could I teach to them?
If the only prayer you said in your whole life was, "thank you," that would suffice.
~Meister Eckhart
﻿
The boys and I walk around the lake by our house almost everyday (mainly for our dog's boundless energy seeking ways but also for the daily dose of fresh air and perspective that it gives to us).  Usually on these walks, the boys engage each other in conversations on various topics--the future exploits of their Lego creations, the type of dog that they might want when they are older, how to be the best secret agent...
But the other day, after a span of unusual silence, August looks up at me and says, "I am SO thankful that we have clean water to drink, everyday."  That was it.

That was all there needed to be.

Yes.  Clean water is a gift that we usually accept without a thought, with a sense of entitlement, even.  We rarely think of the alternative.

And yet, he did.  He understood.  In that very moment, the truth of that gift came rushing into his heart and mind and he couldn't help but speak it out loud.


We often take for granted the very things that most deserve our gratitude.
~Cynthia Ozick

﻿I am going to begin my 1000 gift list today.
#1  The pink and gold tinged clouds that make getting up at dawn a tad bit easier.
#2  The ability to plan, hope and dream about a bountiful meal that is guarranteed to come.
#3  Plants on my windowsill that decide to keep growing despite my neglect.
#4  The smell of woodsmoke carried on the shoulders of crisp breezes
#5  A happy childhood
#6  Children that fight to cuddle with me, even when I have morning breath
#7  The gentle glow of candles on a dark kitchen table
#8  Hearing, "Mom, look at this..."
#9  Dreams that make you think of a person who needs your friendship
#10  The silhoutte of bare trees against a sunset that hints at cold weather to come.
We can only be said to be alive in those moments when our hearts are conscious of our treasures.
~Thornton Wilder

Links to this post
Email ThisBlogThis!Share to TwitterShare to FacebookShare to Pinterest
Labels: faith, gratitude, inspiration, learning at home

"I see, when I bend close, how each leaflet of a
climbing rose is
bordered with frost, 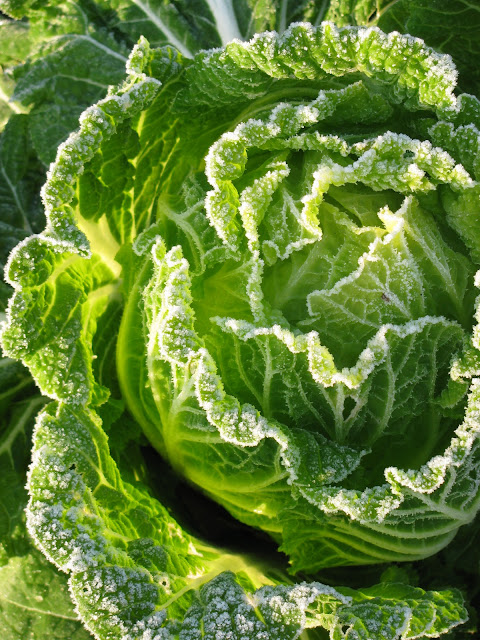 the autumn counterpart of the dewdrops of
summer dawns. 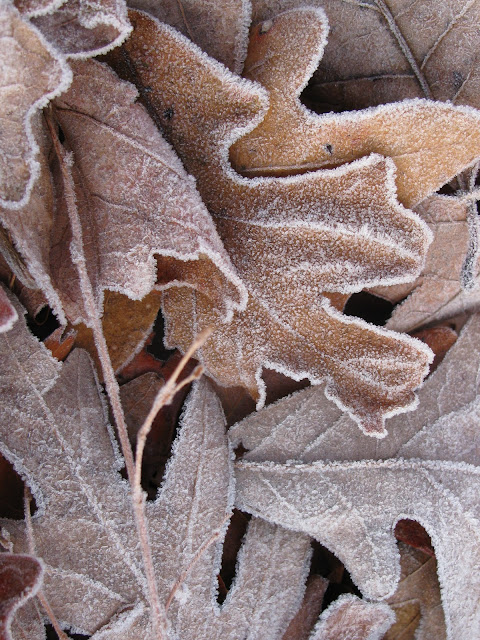 The feathery leaves of yarrow are thick with
silver rime 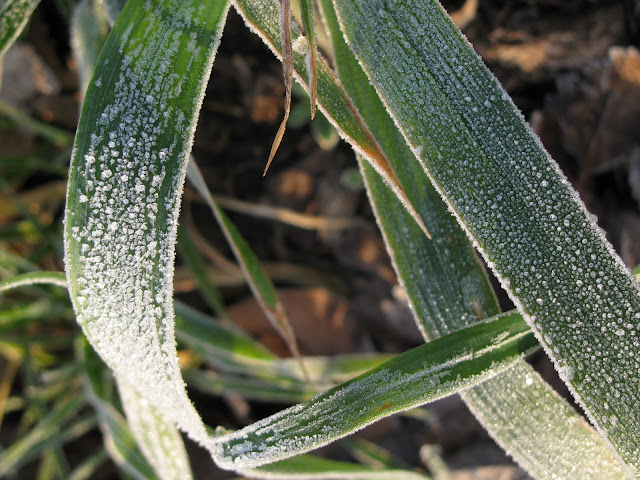 Links to this post
Email ThisBlogThis!Share to TwitterShare to FacebookShare to Pinterest
Labels: gardening, Nature, Outside world, Photos, plants, vegetables 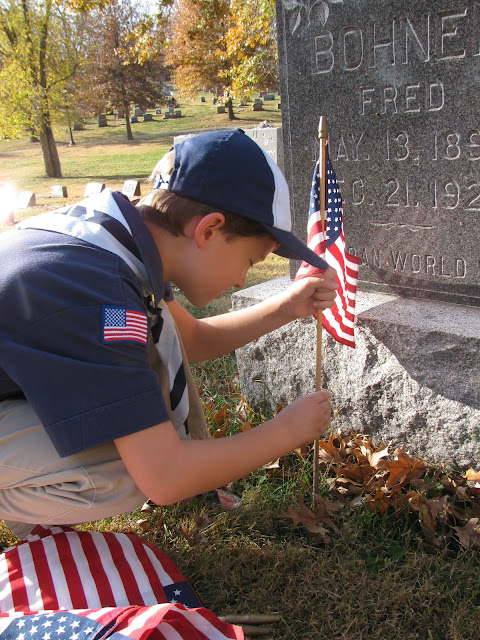 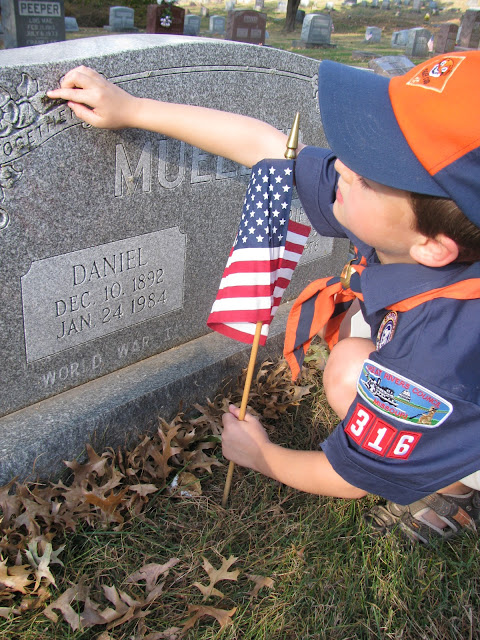 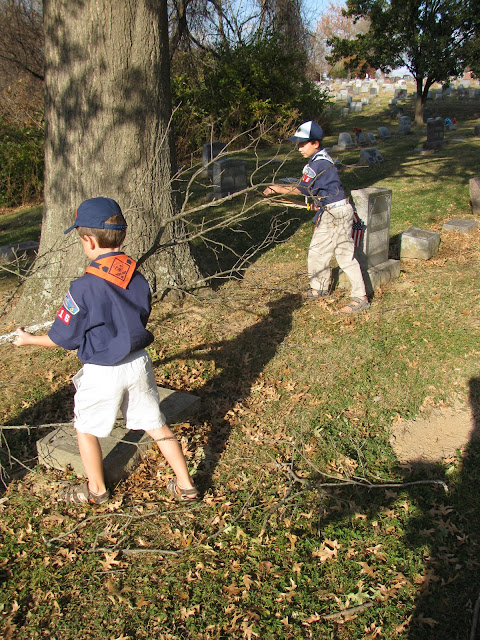 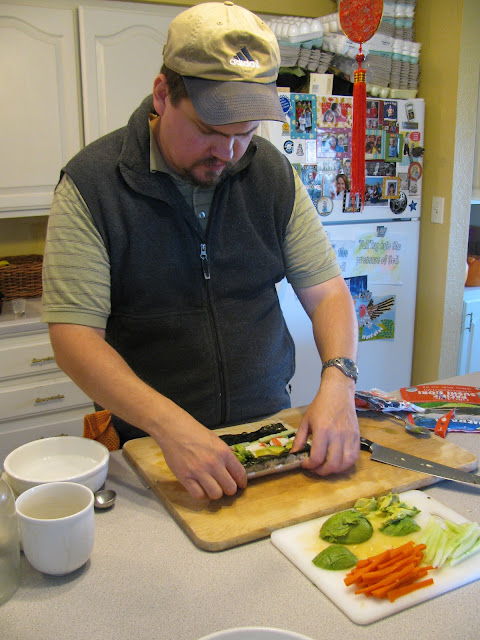 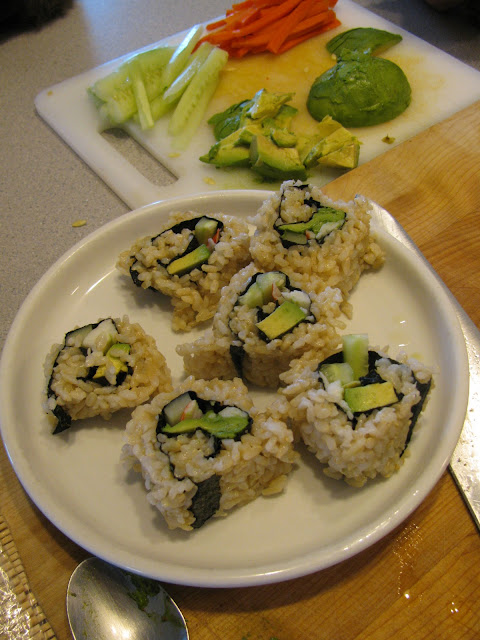 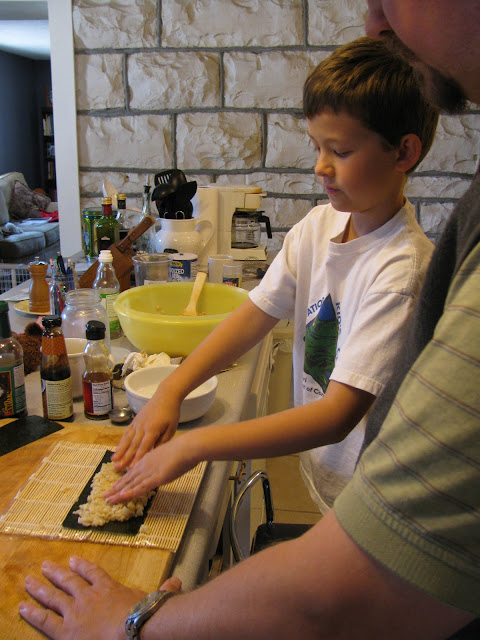 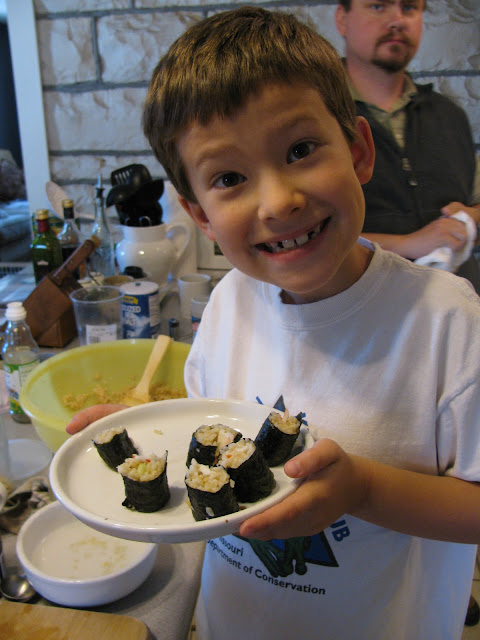 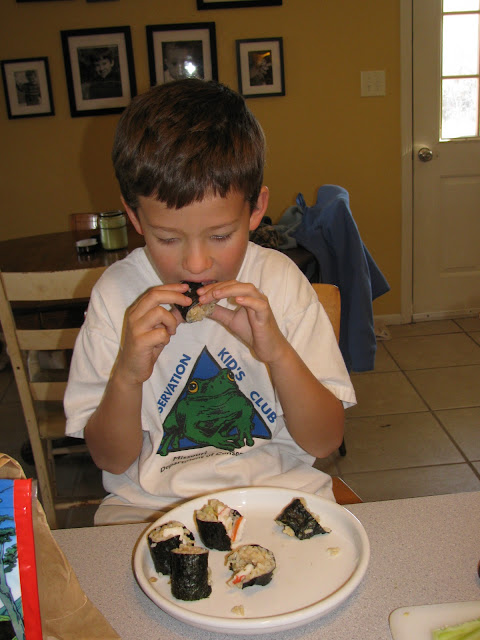 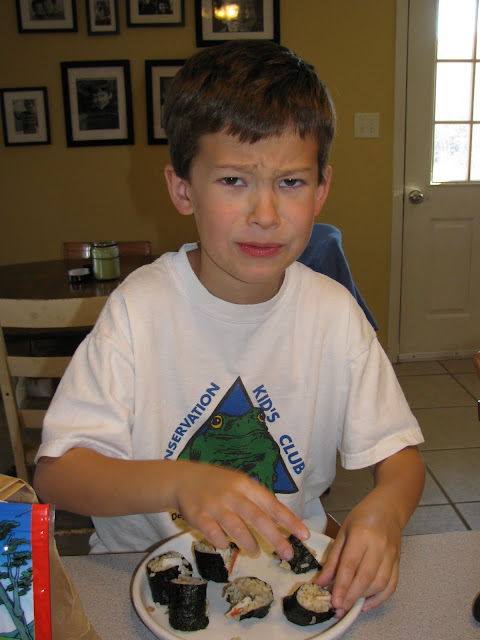 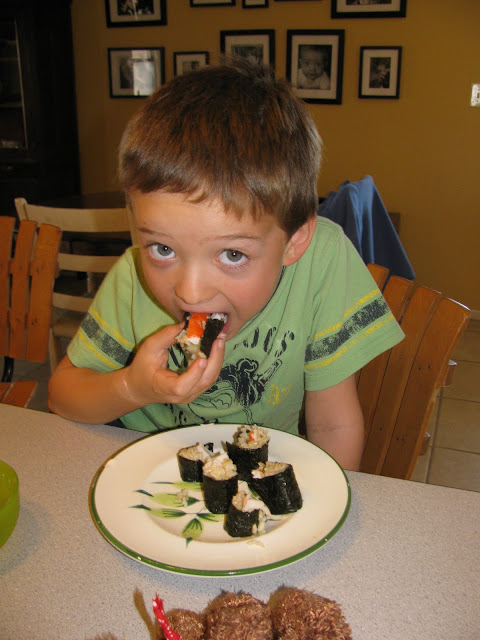 Picture of Nori with the light shining through it.
﻿
﻿
Posted by Unknown at 8:21 AM 4 comments 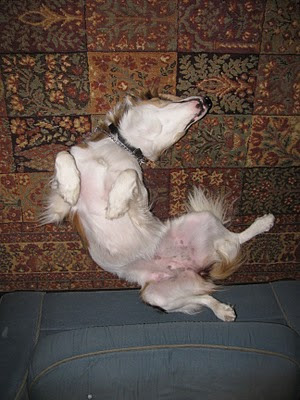 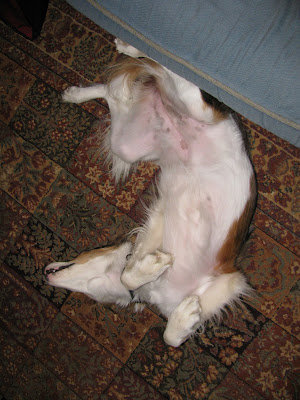 "No matter how little money and how few possessions you own,
having a dog makes you rich."
-- Louis Sabin 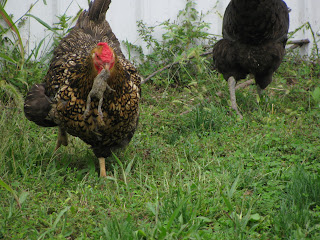 There are a few things that I need to share with you.
First off, you need to know that anyone that tries to sell you eggs that are described as both "Free Range" and "Fed an all vegetarian diet" is selling you a big carton of malarkey.  Chickens, by their very nature, cannot be of both the aforementioned persuasions.  Chickens, when left to their own devices, will, most willingly, hunt down and eat meat.  My sweet Golden Laced Wyandotte hen, pictured above, is running very determinedly away from her fellow lady friends in order to eat her just bagged toad, alone.  She will most likely, peck its fool brains out, toss it around in the air a bit, and then leave the remaining carcass for anyone else who might be interested.
Now, if all this time you've naively brought home your Fresh Farm Eggs  and imagined that the sweet hens that shared them with you had, only just that morning, been grazing contentedly in their open field, feeding on seeds and nuts and berries while simultaneously eschewing anything that crawled across its path, well you have been mistaken.
Chickens are ANIMALS I tell you!  Animals!
Amazing Butterflies 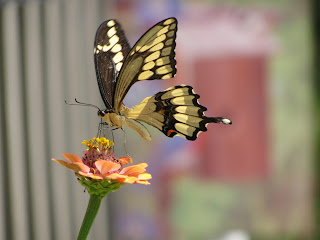 "God uses broken things. It takes broken soil to produce a crop, broken clouds to give rain, broken grain to give bread, broken bread to give strength. It is the broken alabaster box that gives forth perfume."
--Vance Havner﻿
As I shared in a recent post, I've been struggling a bit lately.  Valley living, I called it.﻿  The place where everything is hard.  Where everything seems, very simply, broken.
And then, when stumbling out into the blinding sunshine to gaze upon the zinnias outside my front door, the ones that were planted as an afterthought and with nothing more than a haphazard scattering of seeds, I find this marvel pictured above.
A broken butterfly.
One whose wings had an actual hole in them.
And it didn't even seem to notice.  It was flying.  And flitting.  And sucking nectar.  And flapping its wings in that quiet and subtle way that all butterflies do.  It was doing its thing, despite the hole.
Or could it have been because of the hole?
Did it matter, really, which was the reason?
Does it matter that I, too, am broken?
Of course it matters.  But it is what I choose to do with that brokeness that defines me.   Sometimes, all I can manage is what is most basic...eating, sleeping, bathing, caring for my children.  Other times, I can push through and open the shades to let in more light, even if it is a little later in the day than I would have wanted.  And the warmth penetrates something deep within, stiring up the dying ember that He wouldn't snuff out.  And there is hope.
"Grass grows at last above all graves."
--Julia Dorr
﻿
Harry Potter﻿ 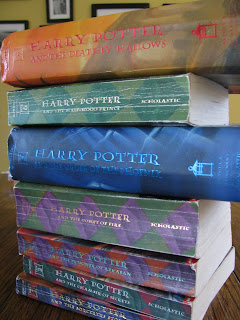 ﻿I don't think I will be able to adequately describe to you how our family is forever changed from reading the Harry Potter series.  I know we're a little slow on the draw, having witnessed fellow friends be swept up in the Harry phenomenon a decade ago, but the timing just wasn't right.  But I suppose all of the planets lined up just right three months ago and we found a set of books on sale for cheap.  We gobbled them up and determined that now was the time.  Was it ever.
Our "schooling" has been all over the map this fall.  We've endured growing pains with regards to structure and flexibility, independence and neediness, desire and apathy.  We've studied history and math in spurts and science as the spirit moved us.  We've been tossed back and forth between plans made and undone, sickness and health, dreams cast and reality reeling us back in...  Nothing has gone as planned for a long time.
And then we began reading Harry Potter.  And everything (some days, literally everything) was put on hold.  We read the books aloud, together, all of us, whenever possible.  John couldn't wait for the rest of us and quickly read through the whole series in a week.  Aidan, similarly restless, succumbed, kept at least 5 chapters, if not a whole book ahead of us and, for the first time, while reading in bed, had to be told that we (John and I) were going to sleep and we would see him in the morning.  August, restrained only by the fact that he simply couldn't read the book on his own, depended on me to keep up the momentum and begged, at every turn, to please read another chapter.
It was magical.  Truly magical.  Our nights, after dinner, were defined by how many chapters we could squeeze in before grown up eyes became too tired and blurry, or little ones' eyes could no longer stay open.  And the discussion.  Ah, the discussion.  There were the continual interuptions by August, full of questions and commentary, that, honestly, often tried our patience but, just as often, presented an insightful observation that caused us all to stop and ponder anew.  There were plot predictions and interpretations of characters' actions and musings on why things had to be the way they were.  There was action and fear and joy and utter despair--one night, as we read after dinner while still sitting at the table, unable to even wait until we had cleared the dishes, an unexpected plot turn found me racked with sobs and tears that I carried with me to my bed.
And then, almost as suddenly as it had begun, it was over.  We had managed to read through the whole series, aloud, together, in less than three months and now, it was over.  John had asked me, the whole time while we were reading aloud, why I didn't read ahead.  "I just don't understand how, after the kids go to bed, you can keep yourself from reading more?" he would ask.
The answer was simple.  I didn't want it to end.
I suppose, upon finishing, there was some relief.  Like that which comes when you endure a long race or a big project.  A sort of "We did it!" kind of thing.
But there was also a tremendous sense of loss that came with reading that last page.  We had been completely immersed in this world that had come to define us, in a way.  Questions surrounding the power of truth, love, sacrifice, friendship, bravery and righteousness had informed our conversations with each other as well as the quiet of our own heads.  Conclusions about the consequences of actions, or lack thereof, had been made, again and again.  These books had been an incredible bonding agent, for weeks on end.  And now, we had to move on.  Stumble back into the light of a new day, find our bearings and trudge on.
The level of discourse and understanding that my two boys (one of whom is not yet 6) demonstrated as we read these books truly stunned me and easily accomplished what years of "Language Arts" curriculums aim to achieve.  The attention to detail, ability of recall and overall comprehension of the text was truly impressive.  And the beauty of it all was--they couldn't help themselves.  It just happened.  It had to.
For that, I thank you, J.K. Rowling, from the bottom of my heart.
Posted by Unknown at 11:42 PM 3 comments 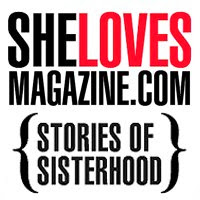 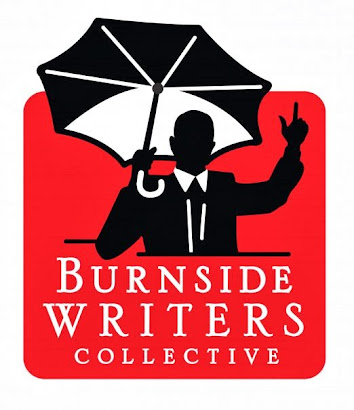